The global trade finance market has generally been seen to be liquid and well-functioning, particularly between developed markets. But more recently, it has experienced periods of stress, most notably right after the Lehman bankruptcy in 2008, and a more structural change in response to the relaxation of historic economic sanctions particularly with respect to Iran and Sudan.
However, following the election of President Trump, there is also a degree of uncertainty about how long these changes will actually last. International economic sanctions have been a common and recurring feature of political interactions between countries; the United States is the country which has most frequently applied negative economic sanctions. Alongside these, several measures, imposed by a multilateral organisation like the United Nations, have also taken place in recent years.

Trade agreements also have a major impact on trade and investment worldwide. They shape business relationships among companies across the globe. In order to succeed in world markets, small business exporters need to be aware of the impact trade agreements have had and will have on their businesses. Likewise, lenders must be familiar with trade agreements in order to better understand the needs and financial concerns of their customers. Recent political events, most notably the BREXIT vote and President Trump’s intention to review the North American Free Trade Agreement, mean that both new bilateral and multilateral trade agreements will influence the size and shape of future international trade flows.

Given this prevailing political and economic uncertainty, it is therefore not surprising that the large multi-national banks, which have historically dominated the financing of international trade flows, are now nervous and reluctant to commit to new trade finance activity. This is particularly true where it is needed the most – in and across emerging markets. This situation is exacerbated by the increasingly burdensome and costly regulatory compliance requirements associated with doing business in ‘more challenging’ markets, particularly in relation to those banks that have significant operations in the US and/or have agreed deferred prosecution agreements with the US authorities.

The result of all this risk and uncertainty is a growing funding gap for trade finance – the World Trade Organization estimates that this currently amounts to some $120 billion for Africa alone and it is the small and medium-sized enterprises (SMEs), which are typically the engine room for economic growth, that are suffering the most.

Trade Finance performs two vital roles: providing working capital tied to and in support of international trade transactions, and/or providing means to reduce payment risk. The principal alternative to bank-intermediated products is inter-firm trade credit. This is often costly and very difficult to obtain for business activity across emerging markets due to a myriad of concerns, including country risk, legal risk, safe custody of goods and certainty of shipment.

This is where banks such as BACB have an important role to play. BACB is a UK bank in the heart of London. For the past 45 years we have been providing trade finance support and solutions to clients and banks in and across emerging markets with a particular focus on the trade and capital flows into and out of Africa. BACB has a commitment to deal in those countries or markets which the larger banks deem to be too risky or not sufficiently profitable. Over this period we have built a reputation and established a proven track record of being able to identify and mitigate the risks associated with doing international trade finance in challenging circumstances.

We understand the need, not just to sell product, but also to develop long-term sustainable relationships with our clients in order to better understand their unique problems and provide bespoke solutions. Because of our clear commitment to the bank’s business model and strategy, allied to our significant risk management expertise, we have been able to establish a bridge between the emerging markets in Africa with those in SE Asia, the Gulf and the developed markets of Europe, over which billions of dollars of trade finance is processed annually. As a supportive partner to companies working in challenging environments, BACB has become the ‘go to’ bank for both importers and exporters in these markets and, through the provision of trade-related services, we are successfully cross-selling a much broader range of banking products and services.

The fact that BACB operates as a UK bank out of London, regulated by the Prudential Regulation Authority and the Financial Conduct Authority is key and has only served to strengthen its position as a safe, secure and financially stable business partner. We have both hosted and participated in trade missions between the UK and its target markets. We consider ourselves advocates in helping to build trade relations between the UK and the developing markets, not just by helping to bring about change, but by being part of it.

BACB is evidence that a bank does not always have to be big, or indeed, be a household name, in order to be successful. The bank is an unashamedly niche player that knows what it is good at and can deliver the type and quality of service that clients trading in and between emerging markets require in order for them to be successful. Through building sustainable partnerships with clients in our target markets, often when the scale or complexity of the business opportunities are not aligned to the strategies of the larger and more established financial institutions, BACB has been able to support the growth of local economies and, at the same time, establish a profitable operating model benefitting its clients and shareholders whilst also supporting the impetus that the UK must generate to establish bilateral trade agreements post-BREXIT. 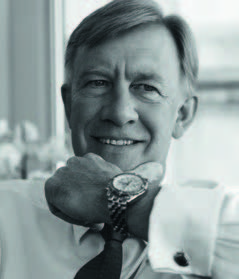